Katowice on the workbench 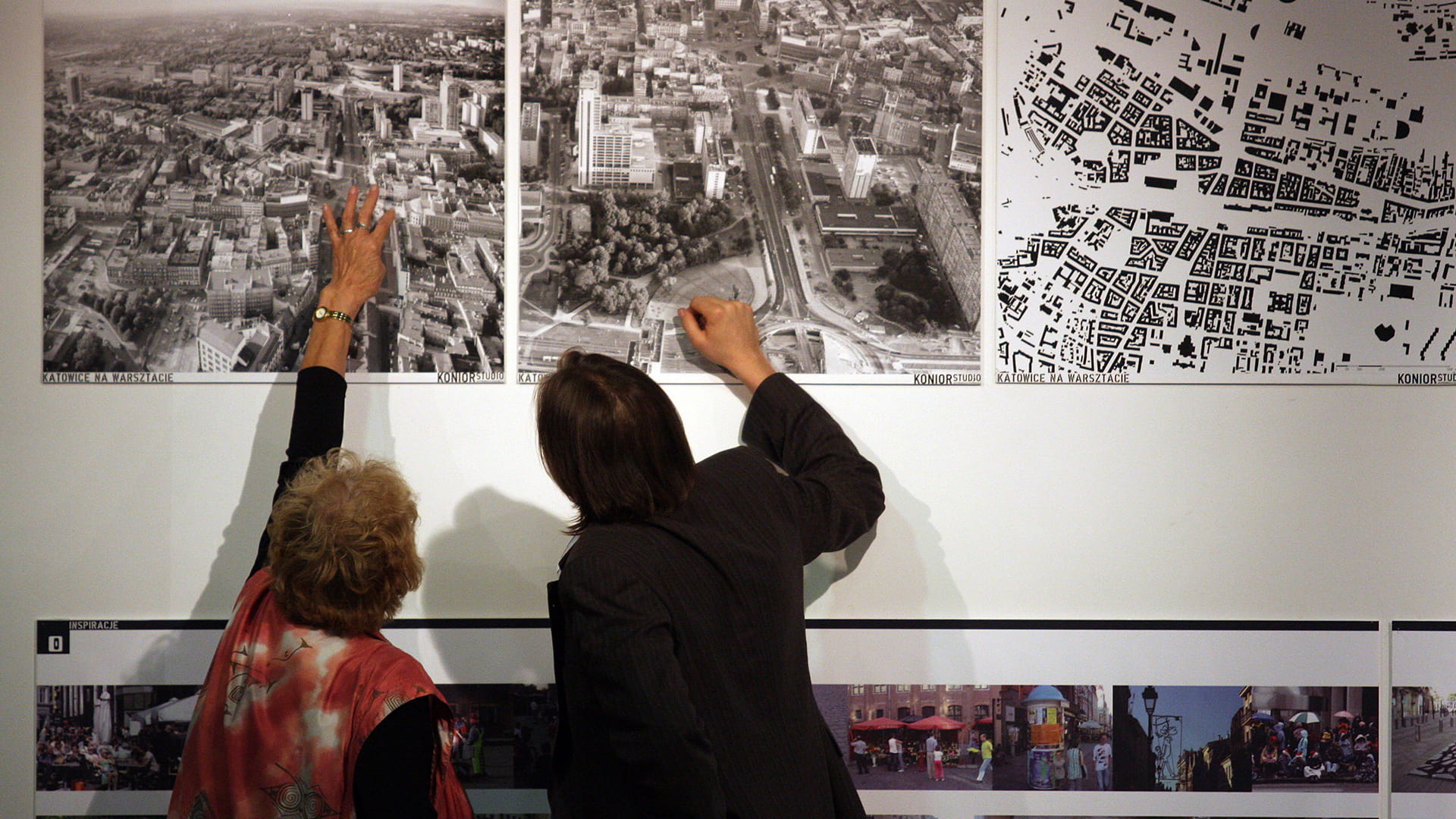 5 thousand
persons in all phases of consultations

The authorities of Katowice decide to start an unprecedented on a national scale transformation of the city centre. The area of several dozen hectares will change its character and become a real, vibrant centre not only of Katowice, but also of the almost two-million Upper Silesian Metropolis. The project includes the reconstruction of the central square, the construction of new seats for the National Polish Radio Symphony Orchestra and the Silesian Museum as well as the creation of an International Congress Centre.

The reconstruction of such a significant quarter of the city requires a number of time-consuming projects, analyses and plans. The lack of visible signs of commencement of the change process in the form of construction works raises public impatience. Regional media journalists have a great deal of knowledge of architecture and urban planning, some of them architects by profession. Local leaders of the architecture and urban planning sector are frequently the reviewers of the reconstruction process.

Seemingly, the process of discussing urban and architectural solutions comes down to presenting visualisations of alternative projects. However, in order to ask the residents in a fully responsible manner to make a decision, it is also extremely important to show the context surrounding the individual proposals, e.g. the necessary financial outlays or social costs. The idea of public consultations was to inform the residents in detail about the intentions of the authorities, exchange opinions and take into account the recommendations formulated to the maximum extent possible.

The Imago PR strategy consisted in simplifying as much as possible the complex issues raised during the consultations and selecting tools and techniques enabling the inhabitants to actively participate in the consultations, regardless of their level of education and knowledge. 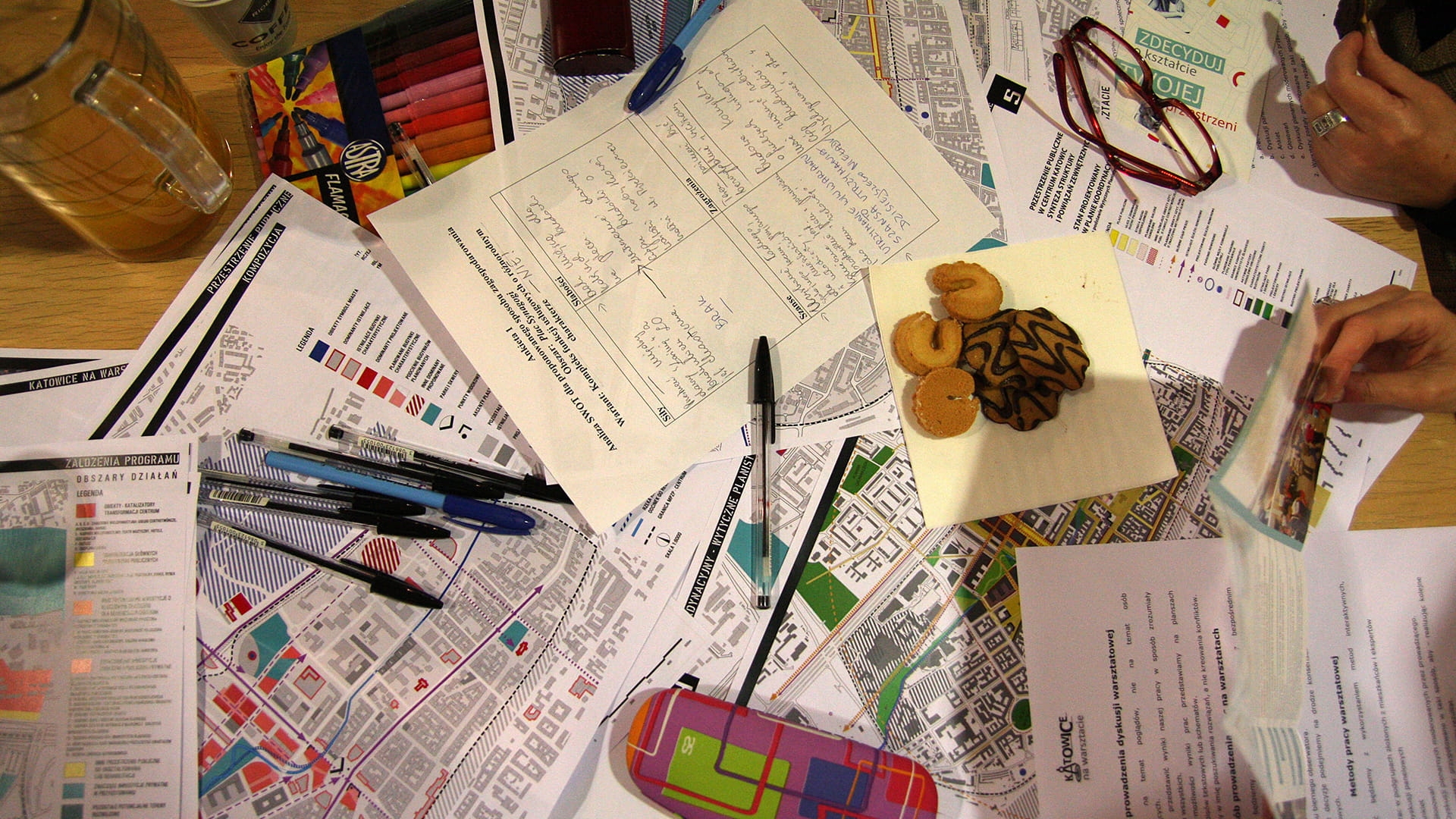 The first stage of consultations was “Katowice on the workbench” (“Katowice na warsztacie”), a three-day urban planning workshop organised in October 2008. During these discussions, the residents discussed with specialists about general urban solutions and the most important functions that should be performed by individual places. Within three days, nearly half a thousand participants decided, among other things, on the role of the main city artery – Korfantego Avenue, filling the centre with greenery and locating new buildings. At the end of each consultation day, journalists and interested citizens received summaries of the work results in the form of a newsletter, press release and video material, which was posted on YouTube. Several days after the meeting, its participants received a special edition of the newspaper “Katowice on the workbench” (“Katowice na warsztacie”), which contained a report on the consultation and the most important results obtained. In the next stage, design works defining a specific architectural form of the future centre were to begin. Residents of Katowice and the agglomeration were asked to send in pictures from places where they felt good. The photographs were supposed to directly indicate the ways of developing squares and plazas, the shapes of benches, waste baskets or lanterns. The competition attracted 2.5 thousand participants. The awarded photos were exhibited in the centre of Katowice, and the winners of the competition went for a weekend to Berlin, a city which a few years ago underwent a similar transformation to Katowice.

The photographs provided by the inhabitants became a direct inspiration for the preparation of three concepts of reconstruction. In February 2010, residents were asked to choose one of them. Each of the residents could express their opinion through one of the three channels – an individual conversation with a consultant conducted at home, meetings at the city’s Tourist Information Centre and filling out a questionnaire on a special website created for this purpose. More than 5 000 people directly participated in all consultation phases, making the reconstruction of the centre one of the most “socialised” investments in Poland. The final reconstruction project took into account 90% of the guidelines. The available statistical data indicate that the vast majority of residents of Katowice accept the project proposed by the local authorities. In the last phase of the consultations (selection of one of the three concepts), as much as 98% of the residents indicated one of the presented projects as appropriate.

The effects of the consultations can also be evidenced by the research that was conducted among the residents of the city centre. In the course of the research carried out in August 2010, the aim of which was to prepare activities communicating the commencement of construction works, 90% of the respondents indicated that they were aware of the reconstruction being prepared.

The preparation and implementation of the largest urban planning workshops in the country was conducted not only by Imago PR but also by the Modern City Institute, a think-tank in Katowice, engaged in the planning of spatial development of cities. The implementation of promotional activities was supported by the Media Partner advertising agency. 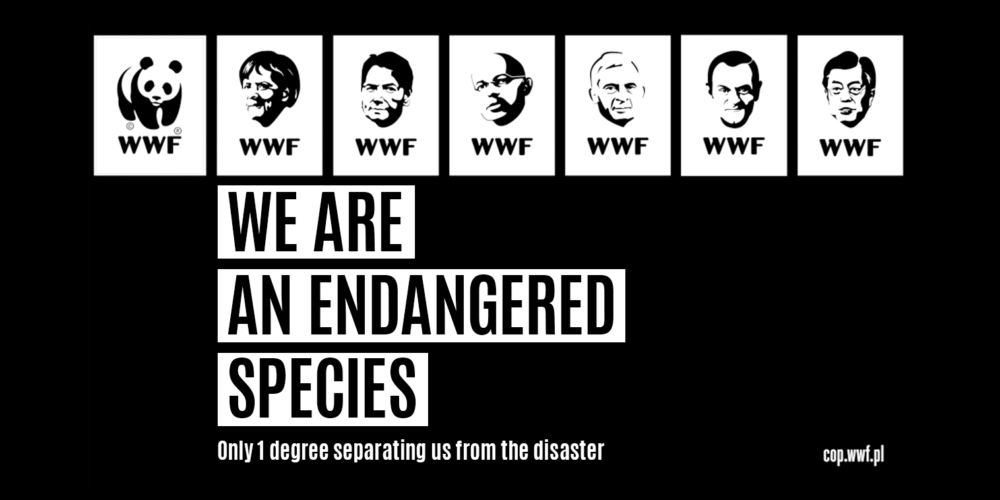 I am an endangered species – WWF campaign during COP24

Did you know that you are an endangered species? What should be done to induce the delegates of COP24 – the “summit of last chance,” and millions of Poles to face the threats of climate change? Media relations, social media, influencers – what actions should be taken?
Read
more
back to
case studies