I am an endangered species – WWF campaign during COP24

Did you know that you are an endangered species? What should be done to induce the delegates of COP24 – the "summit of last chance," and millions of Poles to face the threats of climate change?

“In December 2018, during COP24, the “summit of last chance”, we induced delegates and millions of Poles to face the threats of climate change. We replaced the iconic panda in the WWF logo with a human face. Each of us. The “You are an endangered species” campaign was implemented in cooperation with the 2012 Agency.

How to create a universal and strong message that will make the public aware of the seriousness of the threat of a climate disaster and influence decision-makers – politicians? How to include the WWF campaign concerning the catastrophic effects of climate change on humans in the general media discourse under COP24? How to gain support and involvement of celebrities, influencers, politicians, actors, experts? Will it be possible to create a snowball effect by activating the community around WWF activities? 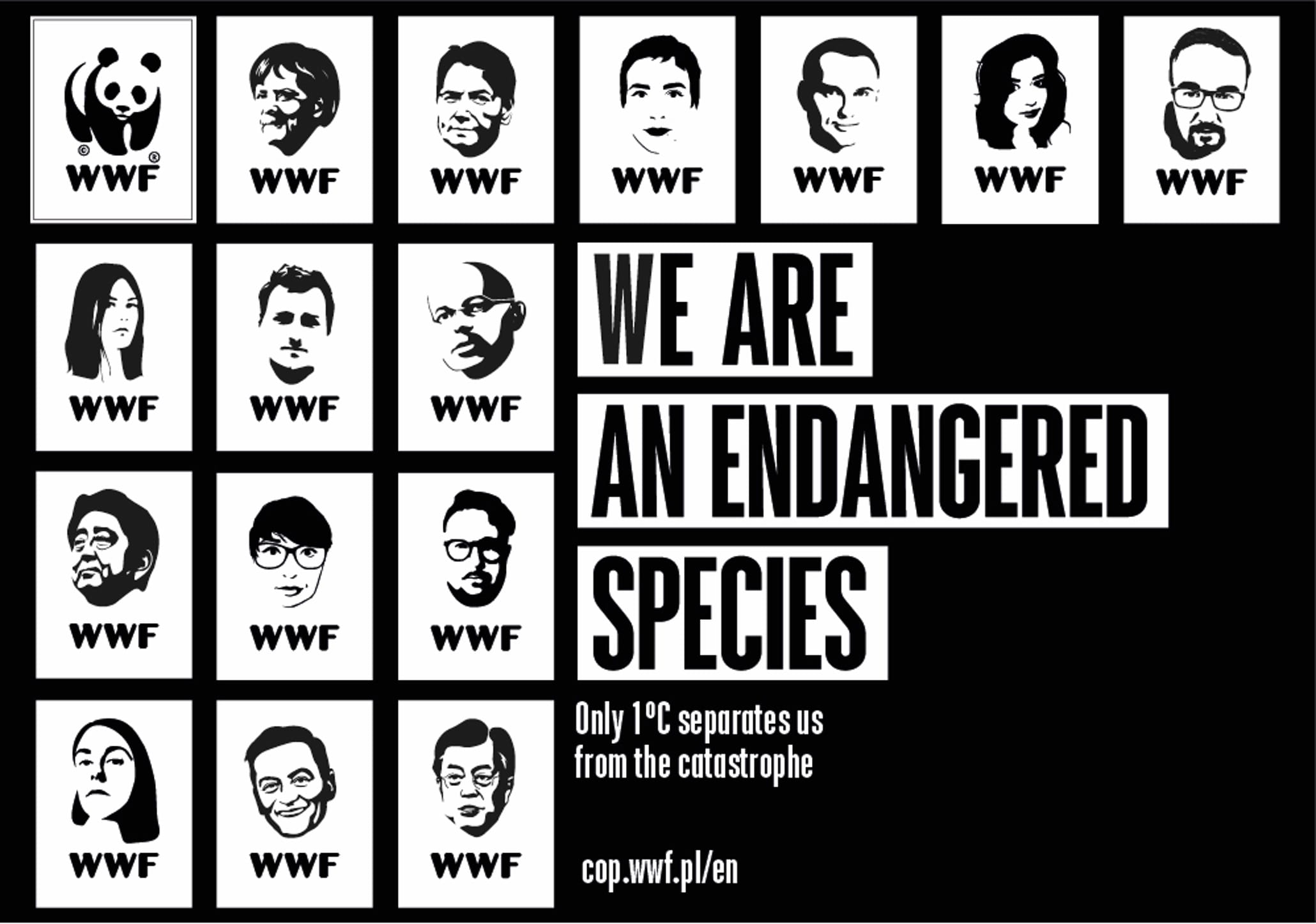 We decided to put everyone at risk for their lives. We brought the problem down to level of individuals. Each of us. The WWF has been fighting for the survival of endangered species since 1961. It is an uneven fight – in the last 70 years, we have condemned 60% of vertebrates to extermination. Now, because of the progressing climate change, another species is under threat: human. Yes, YOU ARE AN ENDANGERED SPECIES! Climate change constitutes a deadly threat to humanity. Therefore, for the duration of the UN climate summit in Katowice, we replaced the iconic panda in the WWF logo with the image of another endangered species – Homo Sapiens – human, encouraging people to put their own face in the logotype of the organisation. We used the endorsement of famous people and focused on real-time actions in response to the most important events of the Summit.

On the opening day of COP 24 in Katowice, WWF changed its profile photo in social media, replacing the panda with a human face. We have created a website www.cop.wwf.pl/pl explaining the dangers of climate change and giving you the opportunity to get involved through: signing a petition to the President of the COP24 summit as well as creating your profile picture in the WWF logo and with the slogan I AM AN ENDANGERED SPECIES for publication in social media. 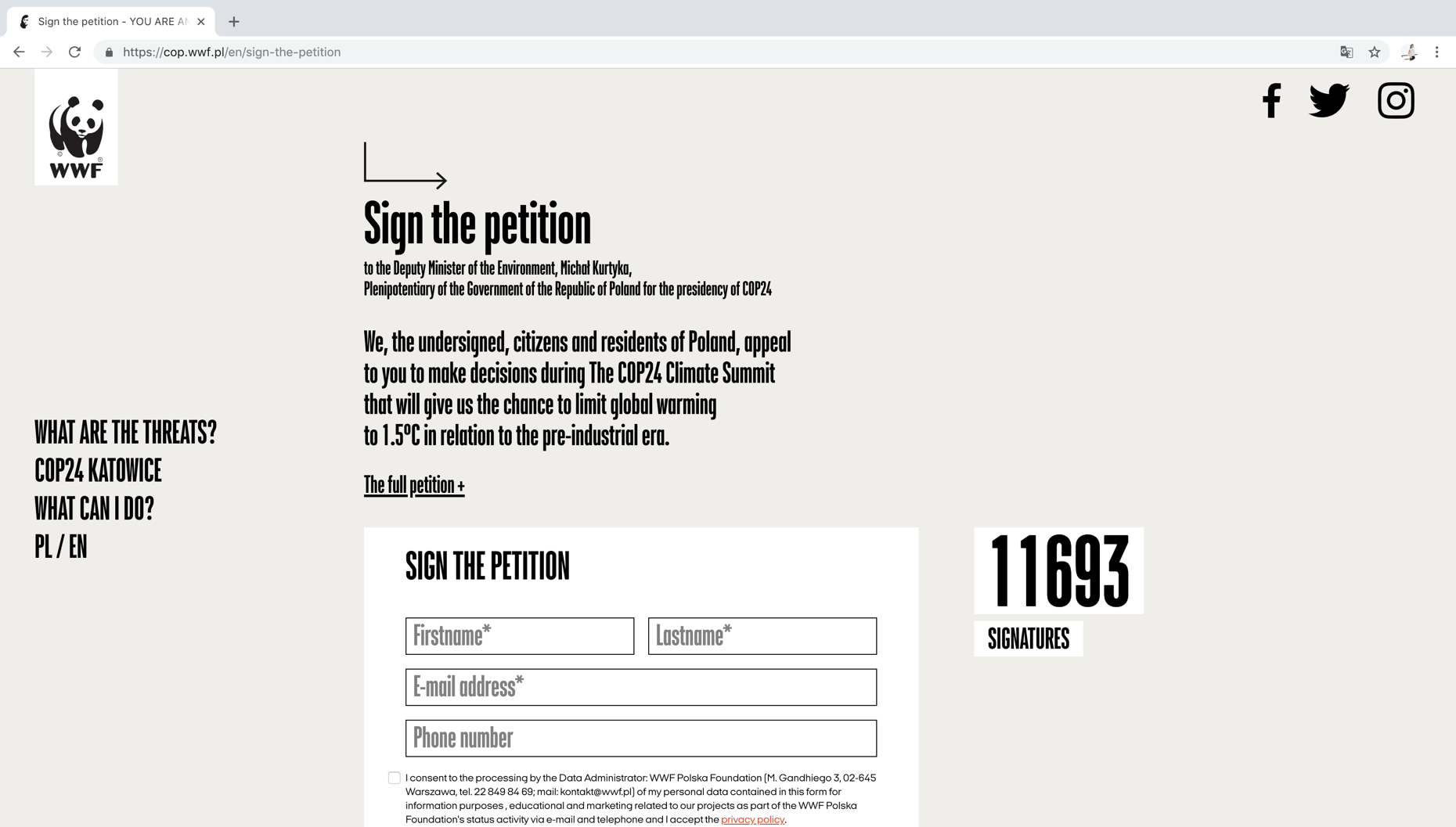 We gave journalists, celebrities and influence figures personalised T-shirts with their pictures instead of panda and information materials. In WWF’s own channels – Instagram and Facebook – communication was built on two pillars. Firstly, we educated: in the form of posts and a dedicated 90-second animation. Secondly, we acted in real time: commenting on the statements of politicians at the Summit on an ongoing basis, presenting them as an endangered species. 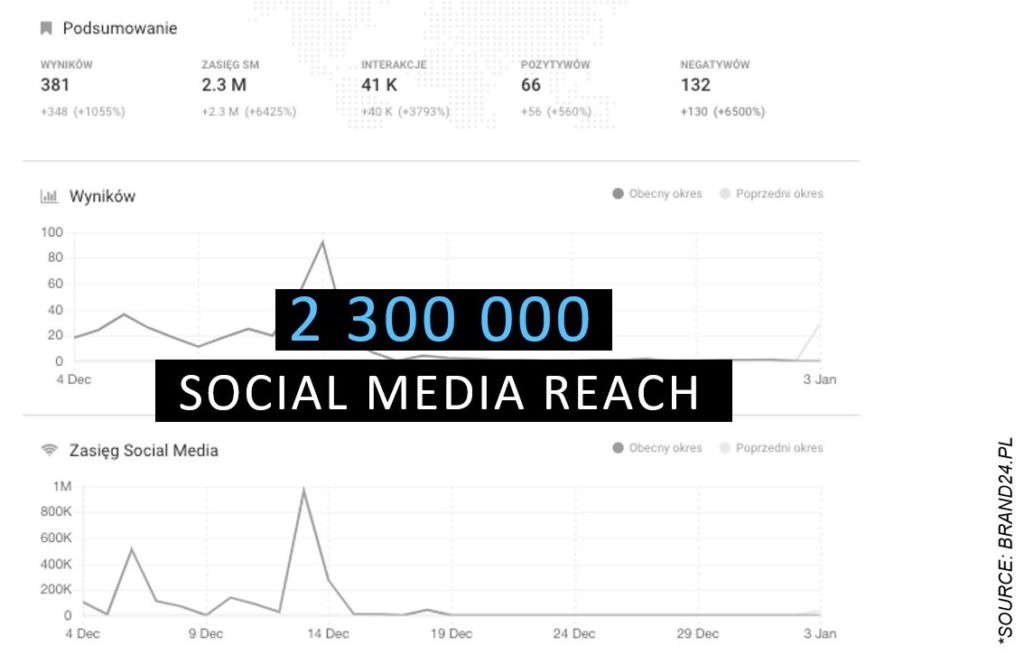 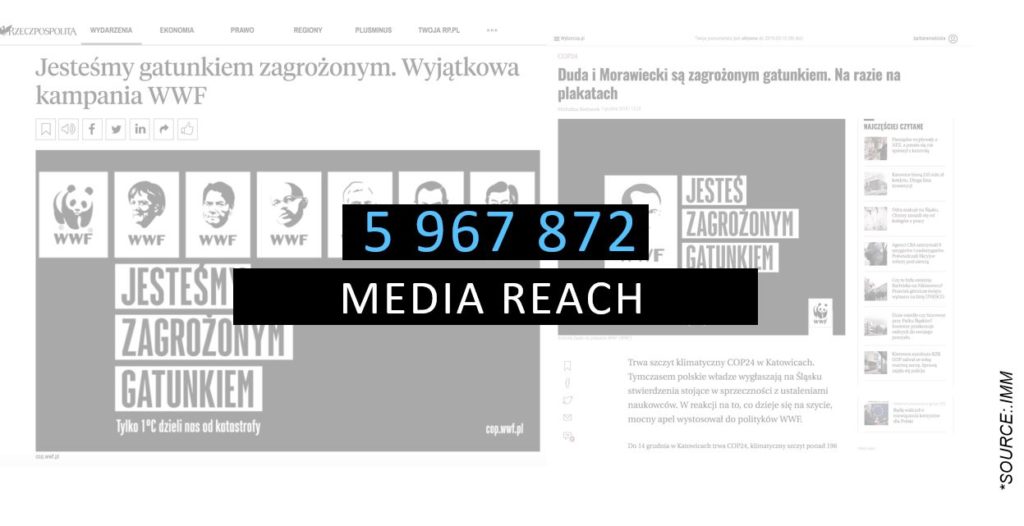 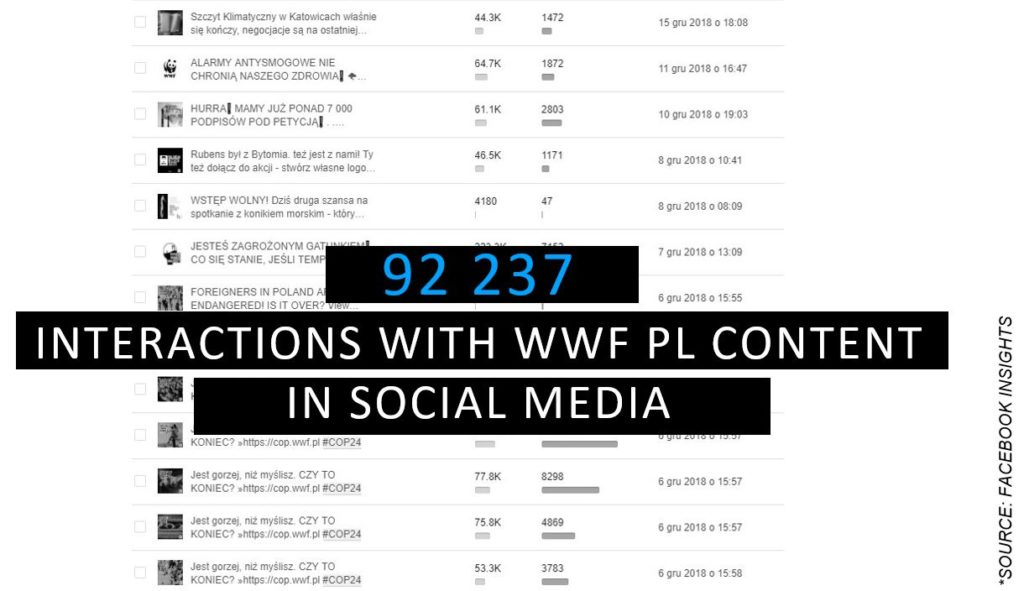 The “You are an endangered species” campaign was implemented in cooperation with the 2012 Agency, which was responsible for the strategy, idea and implementation of the project. The Imago team supported WWF in its communication with the media, the local community and influencers. 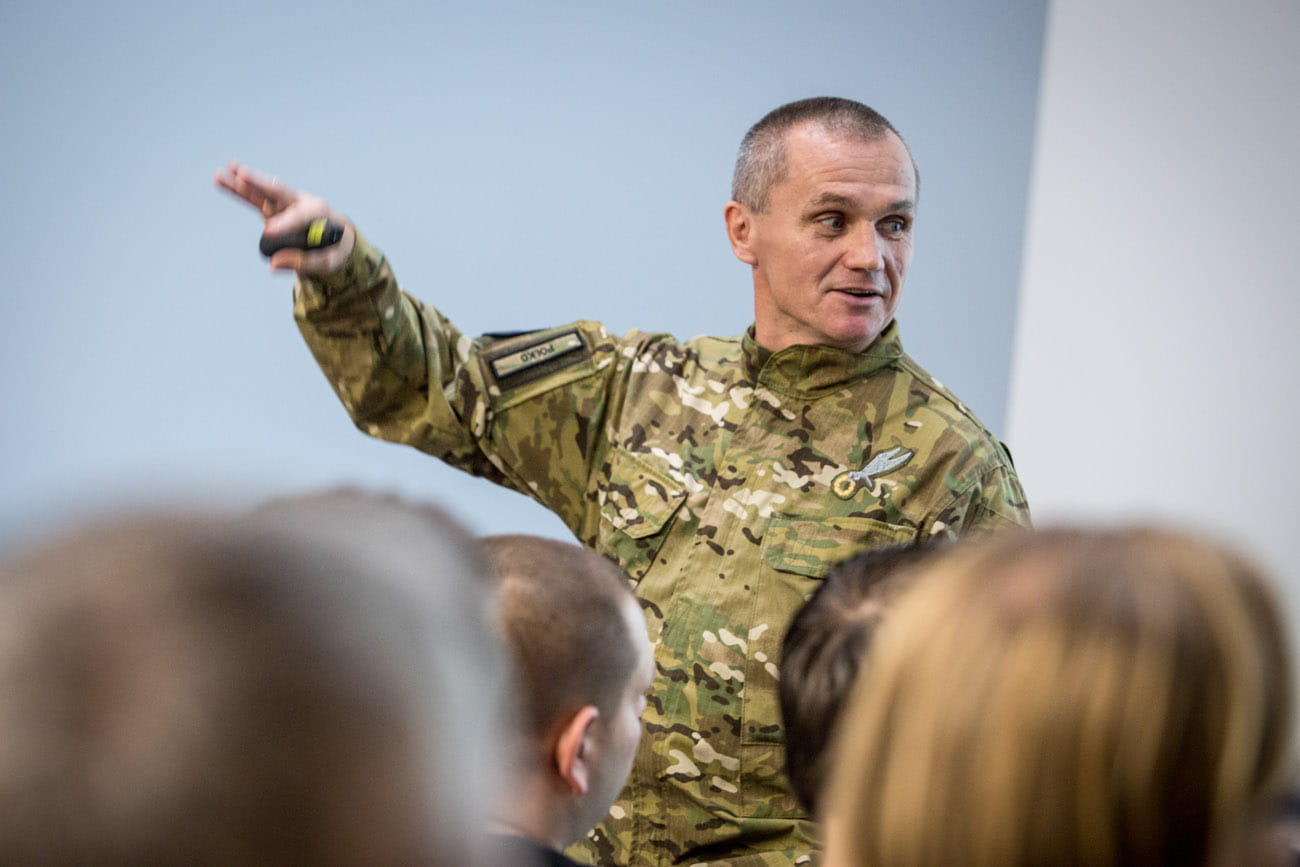 How to effectively support the recruitment process and HR department in the company? How to keep new employees longer? Who to invite to cooperate in order to motivate employees and ensure their efficiency?
Read
more
back to
case studies