.KTW – a surprise near Spodek

How to ensure uninterrupted communication related to the construction process of... a surprise near Spodek Arena. How to neutralise the risks associated with the most significant architectural change in the history of the region?

In the heart of Katowice, in the neighbourhood of the iconic Spodek Arena, the most significant architectural change in the history of the region was to take place. The aim of our activities was to ensure undisturbed communication under the process of construction of a new office complex and to neutralise the basic risks: resistance to the demolition of a permanent architectural element of Katowice, physical impact of the demolition on the neighbourhood, as well as the quality of the project and its impact on public space.

The former seat of the Regional Directorate of State Railways (DOKP), adjacent to the Spodek Arena and the new and award-winning buildings of the NOSPR concert hall and the International Congress Centre, as well as the sophisticated facilities of the Silesian Museum, is to be replaced by a modern office complex. 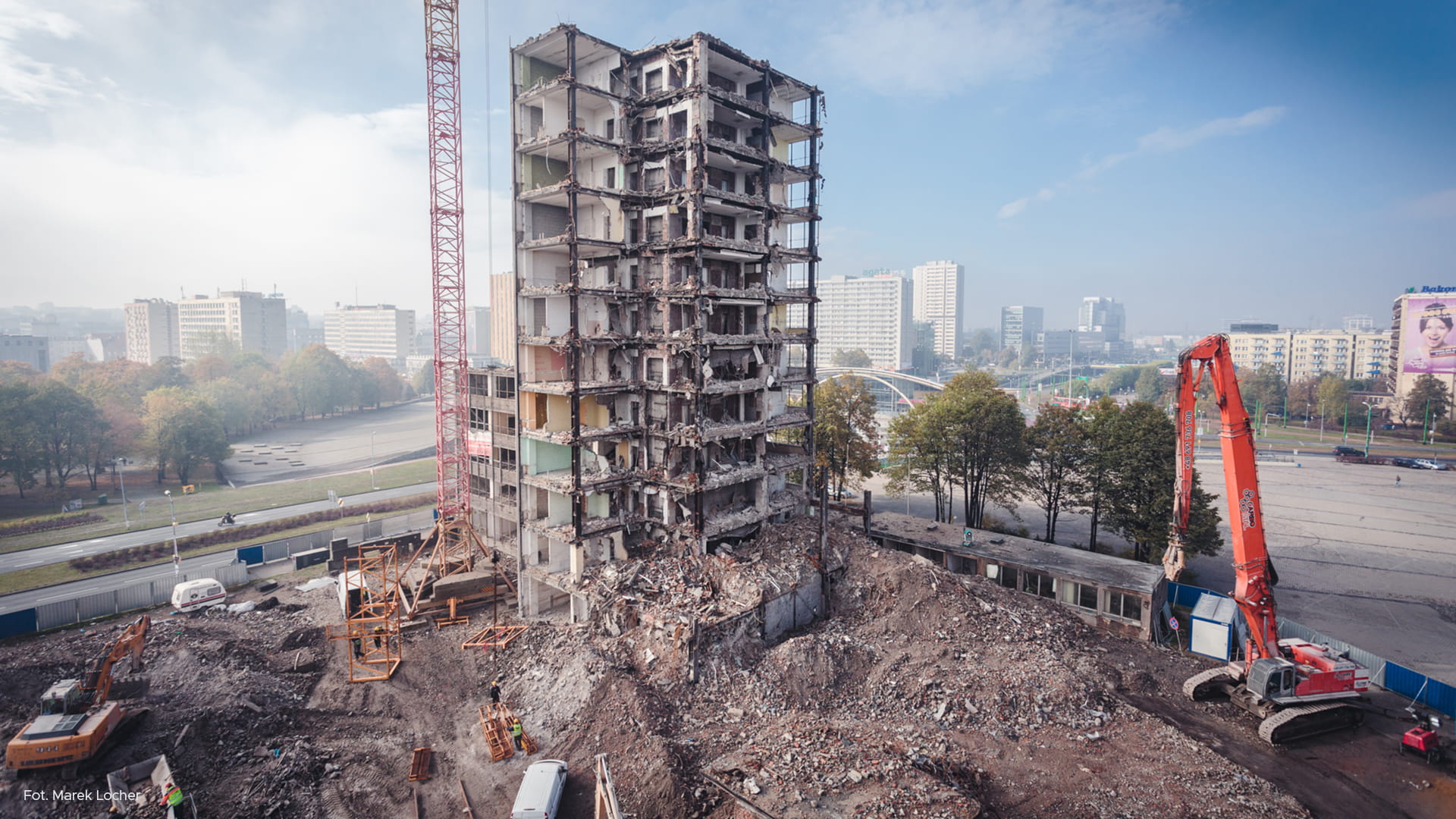 The investor, TDJ Estate, at that time a company with no commercial references, decided to demolish the 40-year-old skyscraper and replace it with a building whose design was to remain secret for several months. Even before the commencement of the demolition activities on Facebook, a group called “STOP the demolition of the DOKP” was created, whose activity could have become a source of crisis. 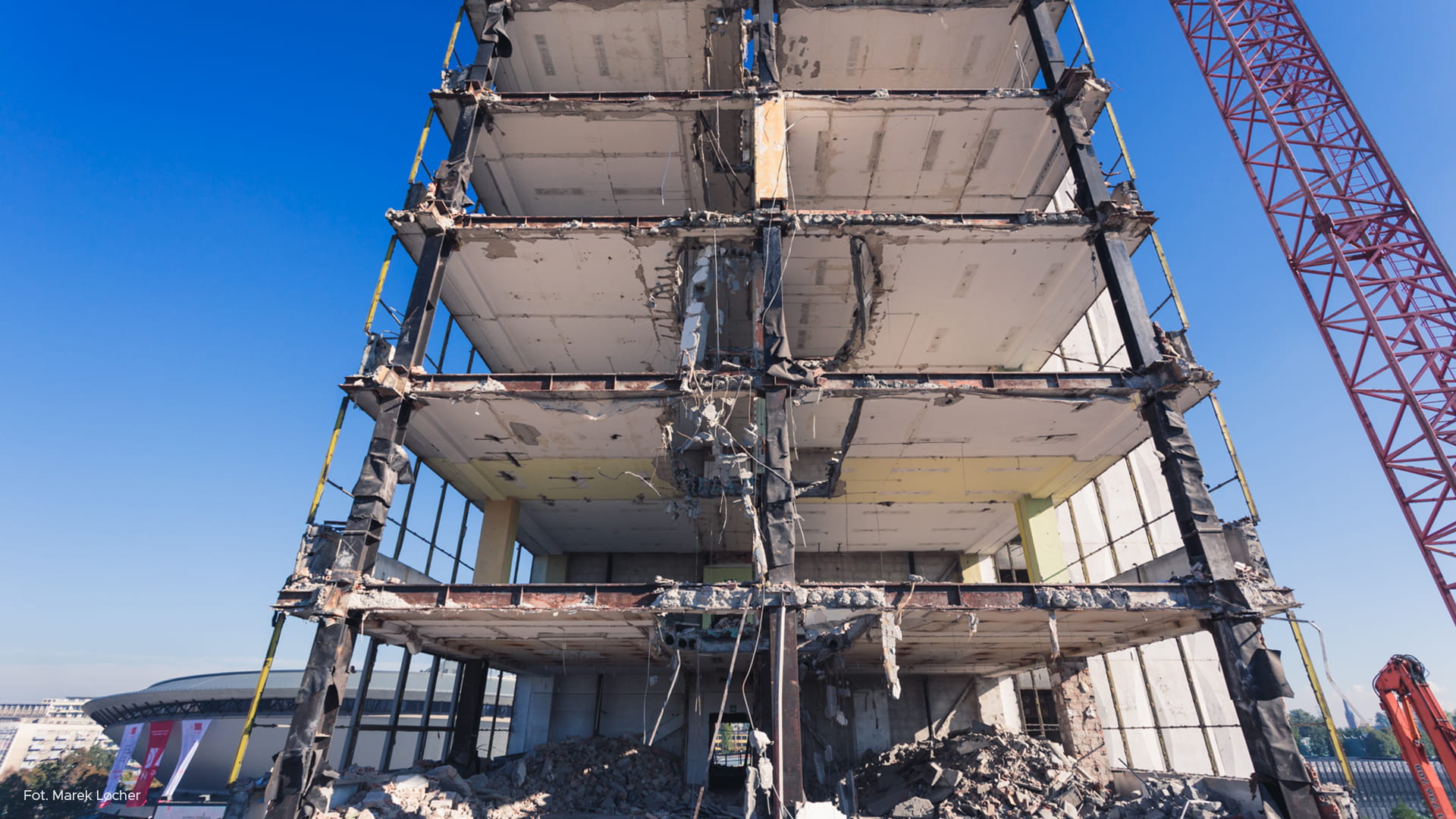 Another important problem was the manner of demolition of a building not only adjacent to sensitive buildings, but also located on one of the busiest streets in Poland. It was supposed to be demolished from the top, which entailed the risk of elements falling from a great height. 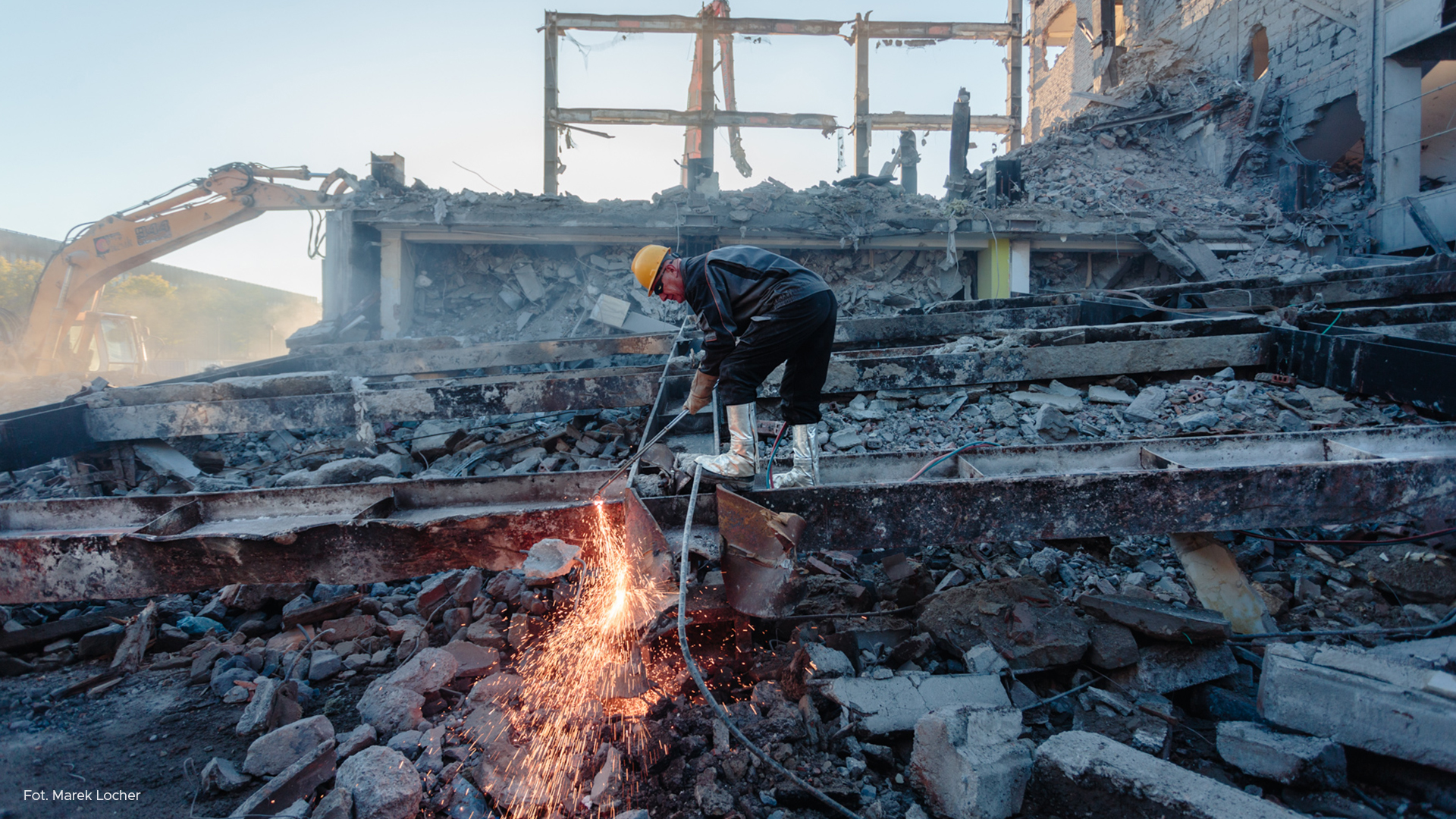 “This is the most important symbolic and functional space in the region” – the hypothesis put forward from the diagnosis enabled the unambiguous definition of the axis of the narrative, namely RESPECT.

The location of the investment meant that this value had to be instilled both in the PR activities and in the real sphere (method of demolition, organisation of construction facilities, etc.). Therefore, in addition to communication activities, we had to put a strong emphasis on counselling. The story of the demolition of the DOKP building not only had to be properly told; it also had to be implemented in every possible detail. To achieve this, the team responsible for communication “worked on the construction site”, modelling the visual sphere or employee behaviour as far as possible. This was particularly important in the case of an investment that was closely watched by the “public eye”.

The demolition was to become the starting point for the communication, which we intended to lead towards a conversation about the new facility in a way that would give a sense of security to the neighbourhood, both with regard to the intention itself and its initiator. 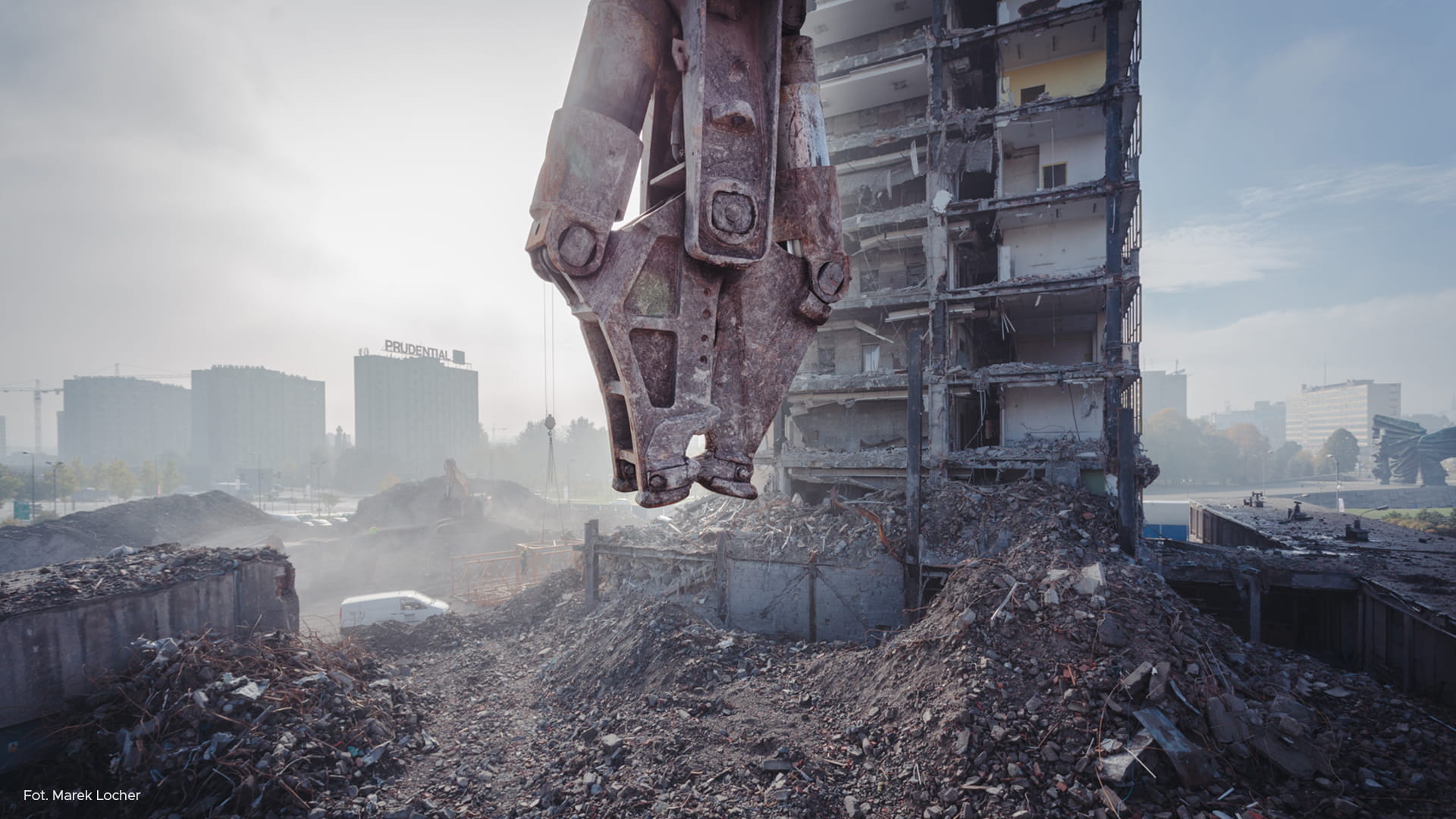 “We worked on the construction site,” efficiently supplying the media with materials. Contacts with Silesian institutions and opinion leaders constituted part of crisis prevention. For those interested in the demolition, we created a dedicated Facebook fan page where we presented details of the works carried out, enriched with unique photos and trivias about the context of implementation. 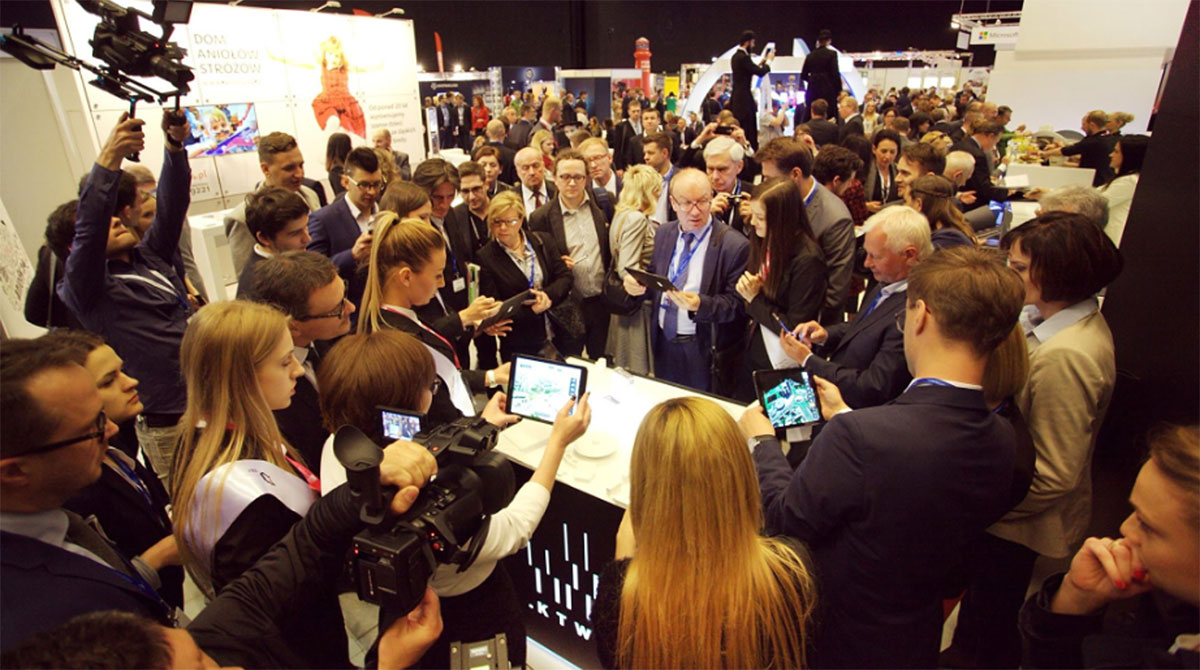 The highly anticipated .KTW architectural design was presented during the European Economic Congress 2016. The presence of several hundred editors justified the organisation of a press conference with the investor and designers. 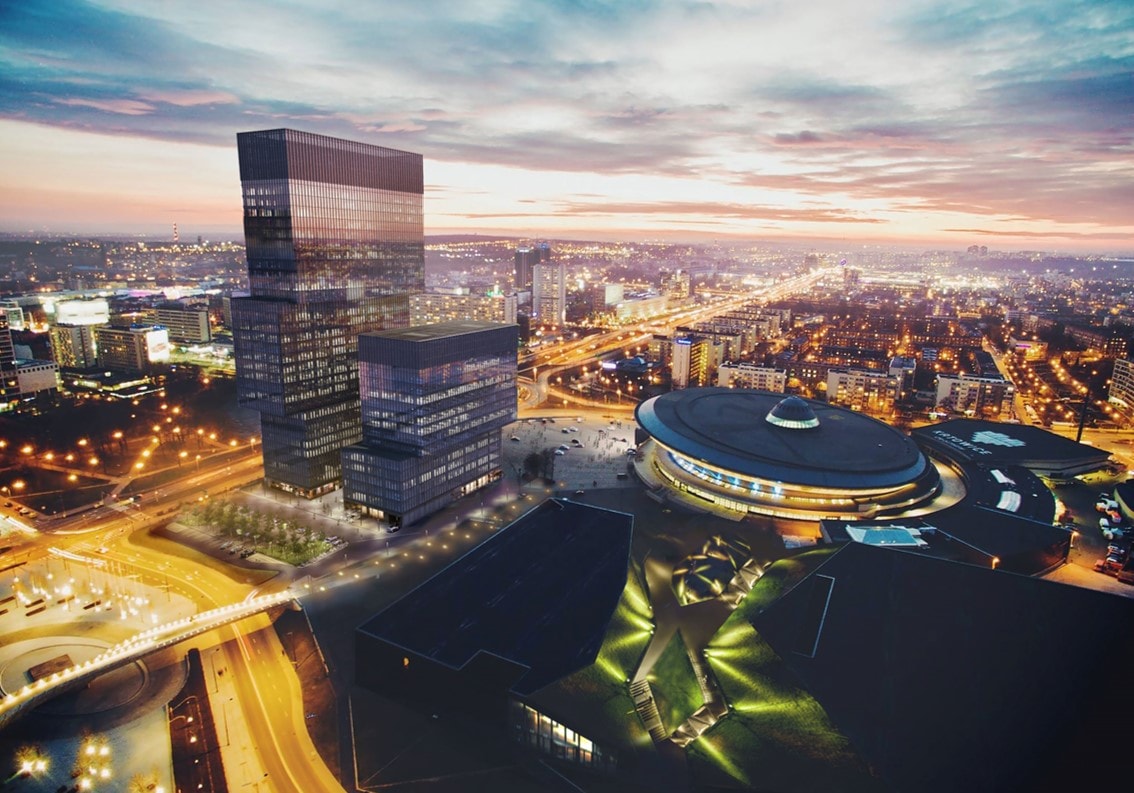 The PR activities enabled the management of problematic issues in the public sphere for more than 6 months (from the beginning of the demolition to the presentation of .KTW assumptions) to a degree sufficient to ensure an enthusiastic reception of the project of new facilities near Spodek. 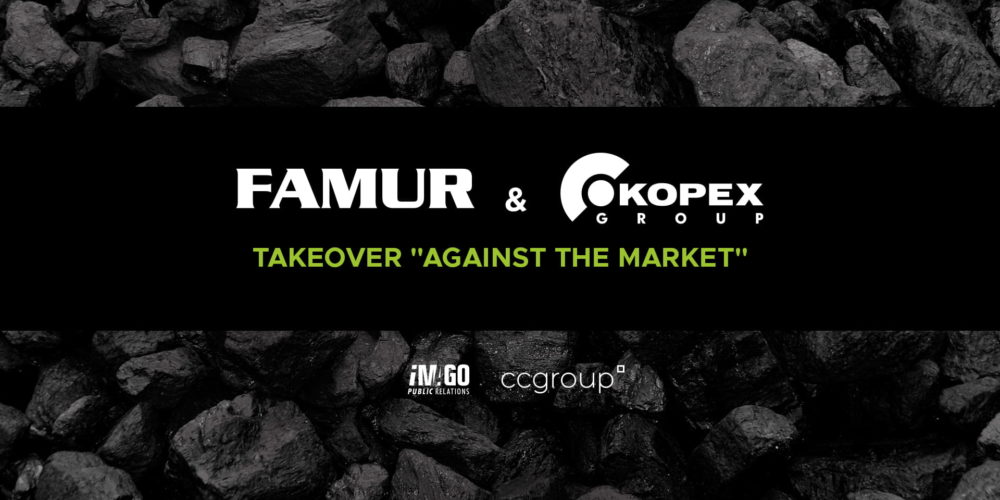 Takeover “against the market”

How to plan and carry out communication and media relations activities related to the merger of companies at this difficult time for the sector? What can be done to effectively support the process of the largest acquisition in the machinery industry in Poland in recent years?
Read
more
back to
case studies